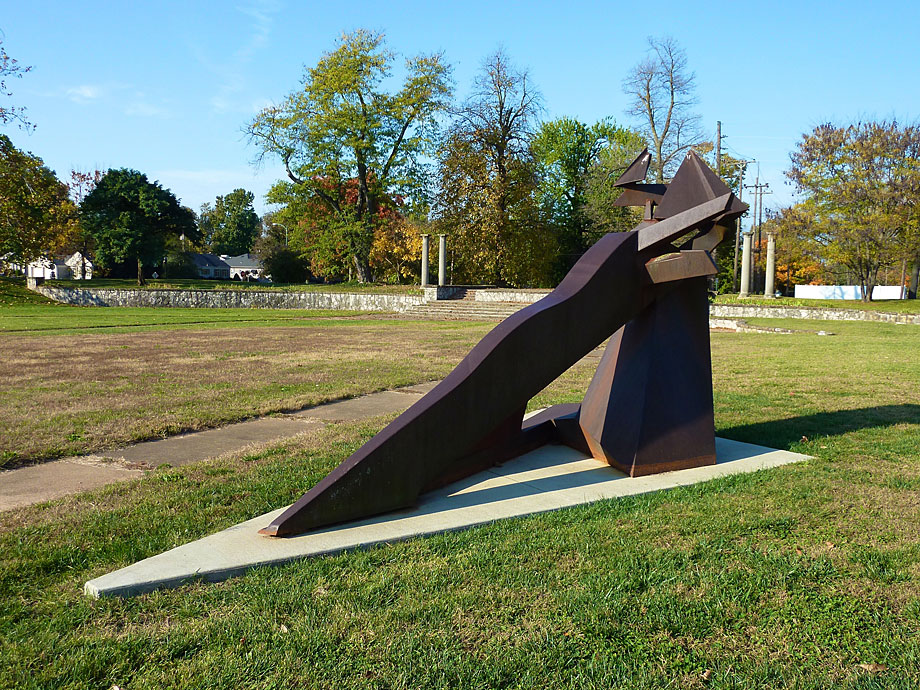 Triangulum, a bronze sculpture by Chicago sculptor Richard Hunt, is a sometimes forgotten gem located in field between the Springfield Art Museum and a historical column-flanked stone stage. Although there is no landscaping or garden paths around the sculpture, it’s worth the walk to view the sculpture from all sides to appreciate the dramatically different three-dimensional viewpoints.

Richard Hunt’s career in sculpture began in 1955, when as a student, he began to exhibit sculpture around Chicago at art fairs, in small galleries, and local art centers. During the next twelve years he worked as a independent studio artist, and in 1967, began to work on his first commissioned sculpture that launched his career as a public artist.

Hunt, one of the foremost African-American sculptors of his time, has completed commissions and public art throughout the United States, been the subject of a solo exhibition at the Museum of Modern Art, and his work has been included in the Metropolitan Museum of Art collection.

In 2009 he was awarded the Lifetime Achievement award by the International Sculpture Center, publisher of Sculpture magazine. He is often quoted speaking about the public art process.

Outside the studio, the sculptor’s horizons broaden to the limits of the possible; that is to the extent the sculptor can conceive of, and master, the interactive possibilities. These possibilities are often realized through the creative interaction of the artist with patrons, or patron groups in their conception, and with engineers, technicians, and tradesmen in their execution. Outside of the studio, the sculptor’s internal dialogue gives way to the dialogue that a sculpture sets up with the environment the sculpture is created for.

Public sculpture responds to the dynamics of a community, or of those in it, who have a use for sculpture. It is this aspect of use, of utility, that gives public sculpture its vital and lively place in the public mind. 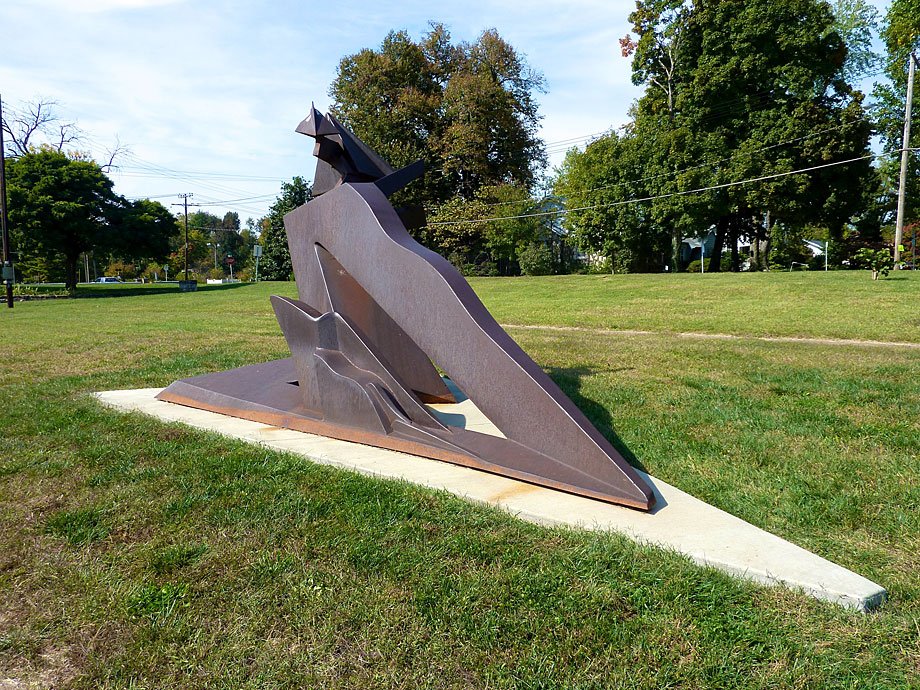