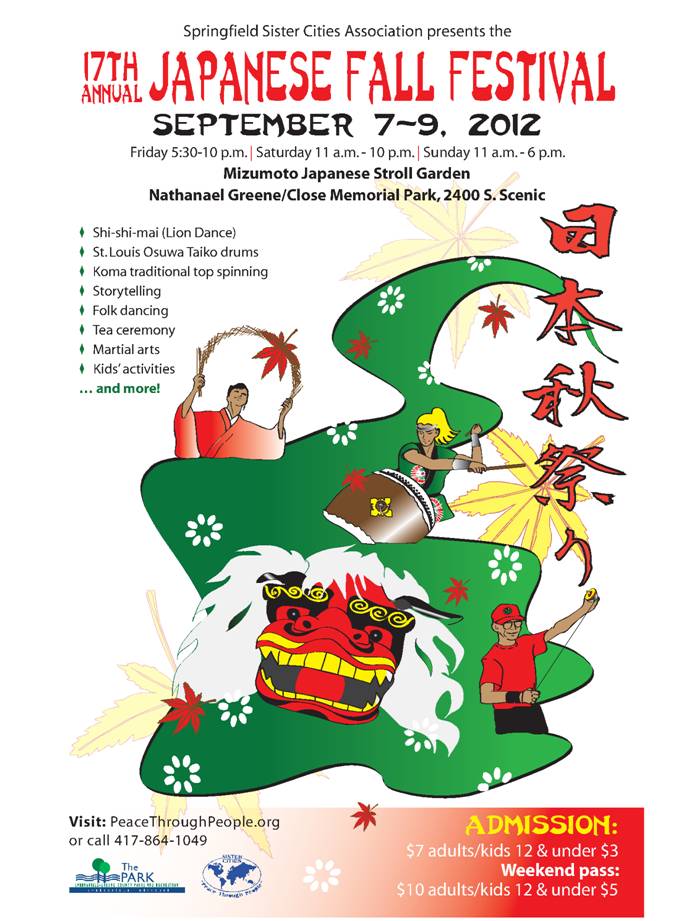 This year’s highlights include:

Daily tea ceremonies will be performed in the authentic in Japanese Tea House by the lake (register early – this gets booked up fast!)  Romantic and meditative Candlelight Strolls after dark in the garden.  Local performers, authentic Japanese food, regional art, crafts, and merchants fill the garden paths.

The Springfield Sister Cities Association organizes a large tent full of Japanese souvenirs and apparel for sale, much of it directly brought from our Sister City Isesaki, Japan. All proceeds benefit SSCA and the Japanese Garden.

Find out what’s happening on the arts calendar right now:

Google Earth Project:
57 photos have been accepted so far. see all